HomePress Speaking Vocal Classes Why Mark Zuckerberg does not instill trust when he speak?

Why Mark Zuckerberg does not instill trust when he speak? 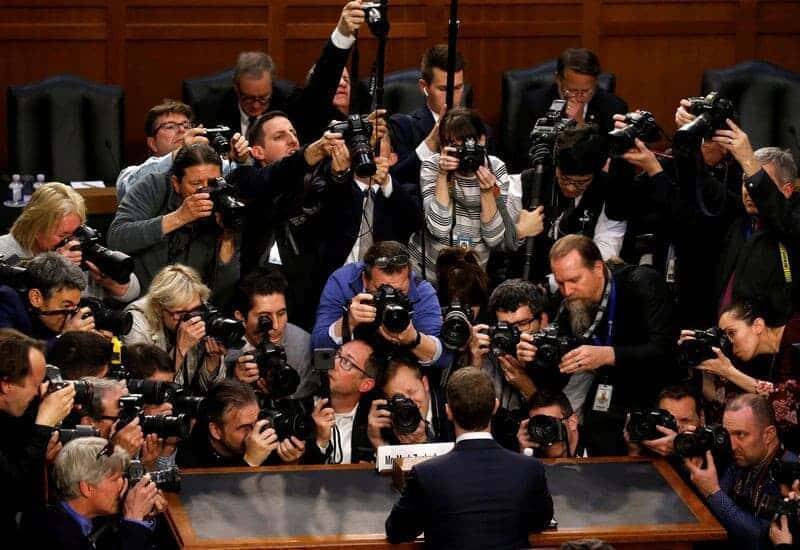 Probably you have seen on TV or in the Social Media his Senate hearing and you have made your own opinion, or you have seen only all the people making fun of him.
Well, this is a sort of bulling thing I will invite you to reflect on.

When someone speaks in front of the public, no one cares about what the speaker is feeling inside or what is really trying to express. The public will receive a different message and will judge everything only from that message.

Clearly, Mark Zuckerberg has not received effective voice coaching!  Or he has mistakenly picked up the wrong one.

Most voice coaches teach improvised versions of standard vocal training exercises.  Most of them have either zero personal experience in public speaking or zero ability to teach how they do speak so fluently. In modern times, most of them have learned how to teach, or how we are supposed to speak, from a book! That’s not a joke. It is like learning a foreign language from a book, without never hearing someone speaking that language.

Unfortunately, standard vocal training exercises don’t address the source of what prevents or blocks someone’s ability to effectively express him or herself at all times.
Mark Zuckerberg hearing is a good example on bad vocal coaching.
He was clearly struggling against himself, to control the fear he was feeling!
This is the number one error to avoid. Yet several highly paid, well-known vocal coaches stress the importance of fear distraction techniques. The result of this bad teaching were the prolonged moments of silence in Mr. Zuckerberg’s responses. No one has perceived “Oh, look how emotional he is”. Consequently, everyone thought he was trying to hide something!

The second error he made was consuming too much energy trying to control his fear and his delivery. Again this was working against the correct delivery of his message. His conscious “thinking”, the “brain”, has very limited processing speed and capacity. It functions much slower than the sub-conscious mind. Our thinking mind can’t even handle simple tasks like walking! Clearly when we walk, we’re not consciously moving all the individual muscles in our body required to do so! By the time we’d thought, “Pick up left foot and move it forward” we’d have taken several steps forward!
And talking require a much bigger coordination effort.

The result of this “control everything” coaching was that when he was trying to express one of his point, he was delivering a robotic message. And everyone in the audience thought some version of “how inexperienced is this guy?!” or “I don’t trust him, he’s too emotionless”.

His third mistake was the classic “try to be trustful” thing! This is another ineffective common public speaking technique he either read about or was taught. Every time he admitted one of his fault, he left the impression “how irresponsible is this guy?!” instead.

Those are just three examples evidencing that he has not been properly coached in public speaking!
Obviously, it’s extremely difficult to be questioned publicly for 10 hours by the US Senate!; however, had Mr. Zuckerberg been better coached, I’m confident he would have communicated his points in a way that would have left us feeling more confident in him and his company.

Open letter to Mr. Zuckerberg:
Dear Mark,
I suspect you are extremely charismatic; otherwise, your empire wouldn’t exist!
I suspect your nature is very different than the image you’re trying to project. I suspect at heart you’re a nerdy tech guy, trying to come across as a global business operations rock star!
Can you speak or sing publicly like a real rock star? Absolutely! But not while you’re trying to sound like someone else!
Let me help you reconnect with your Inborn Voice!
Mylena Vocal Coach
The Voice Guru!

Book your first online Voice Assessment session by clicking the button below!

Any questions? We'll get back to you!

Are you looking to improve your voice with individual lessons, classes, or have any questions?
Fill out the form below!

Featured News
Latest news
What our Clients Say
Interested in updates?
Our Social Media
Our Voice Coaching Services
Voice Lessons
Voice lessons, classes, training & therapy for actors, public speakers, or anybody who would like to improve their voice and speech effectiveness.
Vocal Coaching
If you need help to express yourself, then the Inborn Voice method is what is you are searching for!
Customer Satisfaction
Our success is still growing at an awesome high rate! We are now running offices in Milan (Italy), London (United Kingdom),Boston, New York, Los Angeles and Miami (USA).
×

Sign up for our next Workshops in London or the Online Courses!!

Have you subscribed to Mylena Vocal Coach Youtube Channel?