What is the Inborn Voice Method?

Why did you choose Inborn Voice as the method name?

Let's start with the choice of the method name. Many years ago, while talking to a famous Vocal Coach in New York, I was trying to express my perplexity about the tendency of the record industry to be always willing to create distinctive voices, in an effort to fill the void left by the composers with sonorities capable of distracting the inexperienced listener. Anyone who works as a Vocal Coach knows perfectly well that this "constructed voice" limits and destroys every expressive possibility. At the end of the dinner, I went back to the hotel and decided to manifest my idea to the public, starting a new way that would stand out in the consumerist panorama: the Inborn Voice method.

I chose this name to clearly give the idea that the voice we are born with is the best one we can ever have. No human can get a better result than the one designed by nature, but let me explain it better. 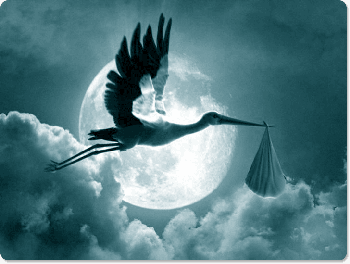 Inborn Voice's literally means "Voice Born Inside", but with a deeper meaning. First of all, this method id centered around the Voice itself, in its entirety and with all purposes. This is a huge difference with traditional voice teaching that was created more than 3 centuries ago with the idea to offer to the audience a good amount of volume, sacrificing the expressive qualities of the human voice. But today we have sound amplification, so continuing on an old road it's complete nonsense. Then I wanted to specify "Inborn" to emphasize that it is always present beyond any learning. Anyone can take advantage of their voice since the very first moment, just consider the first cry of each newborn baby. Whoever listens to it immediately perceives its volume and the emotions it transmits. A newborn baby has effective and efficient communication since his/her first breath: he/she can cry for hours and make his/her cry loudly heard for miles.
Yet many adults have lost or ruined these Inborn abilities.

That's the reason why I'm talking about a voice teaching method: The path I plan for each person is tailored and designed around the major issues I can find in his or her voice. The Inborn Voice Method does not pretend to add a new skill to your set, instead, it focuses on removing what you are doing in the wrong way. Each trainee, even if he does not realize what is going on, always gives great confidence to his/her teacher, all this without any possible defense against bad training or abuses. For the Inborn Voice Method is imperative that every voice teacher or vocal coach follows a method that is well defined with a clearly marked pedagogy. The trainer must understand where the pupil's voice is and where he/she would like to take it, to help him or her to find the natural voice balance. Understating and weak point would be a fatal mistake!